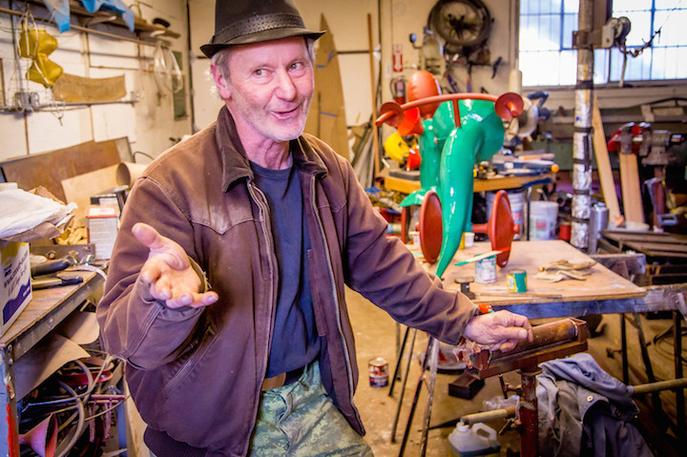 All art is an abstraction. I think more about the act of creation than the outcome.

Stan Huncilman was born in Indiana. After graduating from high school he left home with no particular destination in mind. His travels led him to stints as a welder in the shipyards of Louisiana and as a machinist in a Vermont foundry. Not long after leaving Vermont he joined the Peace Corps and headed to Ecuador. It was there among the snow capped volcanoes that he began his love affair with mountaineering. He eventually moved to San Francisco to study art at San Francisco State University and the San Francisco Art Institute.   He received his MFA in Sculpture from the Art Institute in 1984.

A Form of Alchemy

From time immemorial the alchemist has sought remuneration via transmutation. So to is often the case in the history of art. The fruit of these endeavors is generally unpropitious. Seen in this light I posit that sculptor Stan Huncilman is an unwitting but successful alchemist. In this brief survey I propose that there is constant kernel of vicissitude that speaks homage to the power of his hands to enrich the mind. An alchemy for the soul. Perhaps just perhaps the alchemists were misguided. For it is not only the transmutation of material per se that enriches our lives but the transmutation of the observer's mind towards recognition of the materials that are extant in our quotidian realm. This is the phenomenon of great art. The wealth that this alchemist has given us is from his hands to our minds. Let us not hesitate to enrich ourselves.